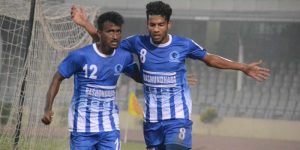 The Russel boys upped their point tally to six adding Wednesday’s three points. Their opponent Rahmatganj team had to stay satisfied with the previously collected single point from a draw in the first round.

For the last time, the two met in February last year in a match of abandoned 2020 BPL which ended goalless. Before that these two played a 2-2 draw in the 2019 BPL. That way Sheikh Russel managed to break a deadlock winning the Wednesday match.