A world first for the new millennium 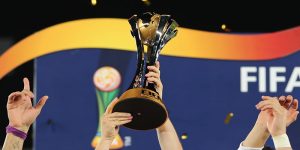 In around three weeks’ time, the FIFA Club World Cup 2020 will be held in Qatar. We already know six of the seven participants, with Conmebol’s representatives to be decided later this month.

The draw to decide the match pairings will take place on January 19 in Zurich, with everyone keen to find out who will succeed Liverpool and lift the most prestigious trophy in world club football.

Around 13 months ago, the Reds finished off 2019 with a win over Rio de Janeiro giants Flamengo to claim the Club World Cup, but they will not be able to defend their title. Last summer, Bayern Munich won the UEFA Champions League and now have the chance to add a second Club World Cup to their trophy cabinet after their 2013 success.

Since the tournament was first created in 2000, European clubs have triumphed on 12 occasions, with four South American winners. Which Confederation is going to come out on top in Qatar as the tournament is held for the final time in its current format?

The battle for the world club crown first started in 2000. The FIFA Club World Cup in Brazil was the first international football tournament of the new millennium. It was a courageous move to globalise club football, and a perfect opportunity to enjoy a unique display of so many highly-talented footballers all at once. Eight clubs from the four corners of the globe headed to the warm climes of Rio de Janeiro and Sao Paulo, to the country that many consider to be the beating heart of football.

Among the big names taking part were record European Cup/Champions League winners Real Madrid, as well as Manchester United, who had just bagged the Champions League trophy. The Premier League side, who had won the treble in the 1998/99 season, even pulled out of defending their FA Cup title to face off against the best that the world had to offer in the land of samba and Carnival.

In the end, it was the two Brazilian teams – Vasco da Gama from Rio and Corinthians from Sao Paulo – who met in the final. And after a tactical battle that remained goalless for 120 minutes, it was Corinthians who emerged victorious 4-3 on penalties.

Prior to the final, they had drawn with Real Madrid and defeated Al Nassr of Saudi Arabia and Raja Casablanca of Morocco in the first round. With their star-studded line-up including Vampeta, Freddy Rincon, Edu, Dida and the incomparable Edilson – they then edged the final to record a well-deserved win in front of 73,000 fans at the legendary Maracana Stadium in Rio.

Europe begins to take over

There was then a four-year wait before the next tournament was held, in Japan in 2005. And as was the case in the opening edition of the tournament, it was a team from Brazil who took the title, this time Sao Paulo.

Twelve months later, Internacional de Porto Alegre completed the Brazilian treble, but apart from another win for Corinthians in 2012, every other name on the trophy has been from Europe.

The record-holders are Real Madrid with four wins, ahead of their Spanish rivals Barcelona on three and Corinthians with two. Seven other teams have also won the title, including Bayern Munich, who are in action again this year. And as for the top scorer in tournament history, that is none other than Cristiano Ronaldo.

Asian sides Kashima Antlers of Japan and UAE’s Al Ain finished runners-up in 2016 and 2018 respectively, while clubs from the continent have emerged third five times and fourth in eight editions of the tournament.

Auckland City will be flying the flag for Oceania, Al Ahly have qualified on behalf of CAF, UEFA will be represented by Bayern Munich, Tigres UANL will shoulder Concacaf’s challenge while the winners of the 2020 Libertadores Cup final in late January will decide Conmebol’s representative.