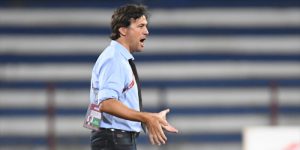 Cuadrat, who was in his fifth season with the club, will be replaced by Naushad Moosa as interim head coach.

“After deep deliberation with the management, we feel the club needs to head in a new direction – one where the ethos and philosophy of Bengaluru FC begin reflecting again.

“While we enjoyed success with Carles in the past, we felt there was a departure from the philosophy that we hold true this season, which prompted us to arrive at this decision,” said Bengaluru FC director Parth Jindal.

Under Cuadrat, Bengaluru became the first and only team in the history of the ISL to top the table and win the title in the same season. The Blues, under the Spaniard, also hold the league record of most consecutive wins (six), unbeaten streak (11 games) and clean sheets (11).

It was also under Cuadrat that Rahul Bheke and Nishu Kumar earned call-ups to the India national team. He even handed as many as 10 youngsters from Bengaluru FC B their first minutes with the senior team.

Moosa’s first assignment will be the ISL game against SC East Bengal on Saturday at the Fatorda Stadium. Bengaluru are fifth in the standings on 12 points after nine matches.

“Naushad Moosa has been with the club for four seasons and we are confident he will get the team to play the kind of football that we have based our success on.

“Meanwhile, our search for a replacement has already begun and we will be bringing in someone who we believe can further the philosophy and style of this club,” added Jindal.