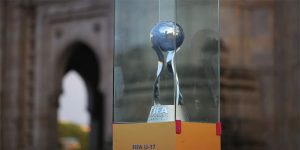 The FIFA under-17 and under 20 World Cups have been cancelled due to the COVID-19 pandemic, football’s global governing body said on Thursday.

Indonesia and Peru were due to the host the two tournaments, but now they have been awarded the 2023 editions.

“…it became clear that the global situation has failed to normalise to a sufficient level to address the challenges associated with hosting both tournaments, including the feasibility of the relevant qualification pathways,” said FIFA in a statement.

Earlier, the 2021 U-17 Women’s World Cup, scheduled to be held in India in February, was cancelled.

The tournament, initially set to be the 2020 U-17 Women’s World Cup, was initially postponed to February from November before being cancelled altogether. India will instead host the next edition of the tournament in 2022.
source :en.prothomalo.com