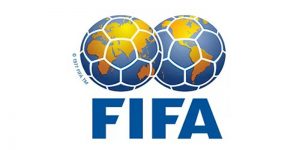 The Bangladesh football team has dropped two spots to 186th in the latest FIFA rankings which were revealed on Thursday.

After winning the ‘Mujib Barsho’ FIFA International Friendly series against Nepal last month in Dhaka, Bangladesh gained the improvement in ranking by moving up three spots in the FIFA rankings from 187 to 184th. In the two-match series, Bangladesh won the first match by 2-0 and the second match was ended in a goalless draw.

But, the boys in red and green could not hold their position for long as the Jamal Bhuyan & co. went down two spots to 186th.

In the latest FIFA ranking, Bangladesh dropped from 184 to 186th. Bangladesh had a negative impact on the rankings after losing 5-0 in the FIFA World Cup qualifier match against Qatar in Doha held on December 4.

Despite Qatar’s big win against Bangladesh, the Asian Champions moved to 59th to 58th spot along with Burkina Faso.

Most countries have their position unchanged in the latest rankings. Belgium maintained the top as usual followed by France, Brazil, England, Portugal, Spain and Argentina